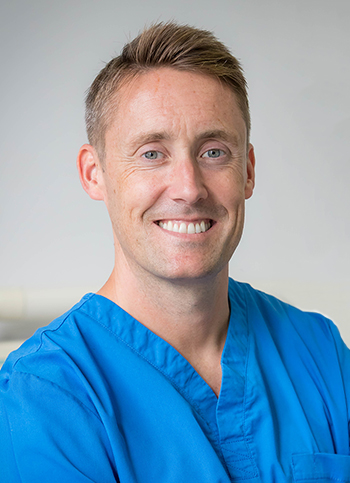 From Dublin, Dr. David Keenan qualified as a dentist from the University of Dundee in 2002. He completed General Professional Training as a Senior House Officer in Edinburgh Dental Institute for two years, gaining experience in Oral Surgery, Restorative, Children’s and Prosthetic Dentistry.

He then returned to his native Dublin in 2005 and spent seven years working in various Private Practices around Dublin prior to setting up Pembroke Dental Ballsbridge in 2012. During this time he also worked as a Clinical Supervisor in Dublin Dental School.

In 2007, Dr. Keenan became a Member of the Faculty of Dentistry at the Royal College of Surgeons in Edinburgh where he gained his MFDS RCS (Ed).

Dr. Keenan has a passion for short term adult orthodontics and is the country’s leading provider of the Inman aligner thee month brace system, being the first dentist to bring it to Ireland in 2008. He is also one of the country’s most experienced providers of Clear Aligner (invisible) braces and Six Month Smile fixed braces. He has also recently introduced the ClearSmile brace system to Ireland in 2016.

David has also completed a one year certificate in Implant Dentistry in 2014 at the Northumberland Institute of Dental Medicine in Dublin. He continues to place implants but with our resident Oral Surgeon he now prefers to restore the implants with beautiful crowns.

Dr. Keenan has also completed training with the internationally renowned Dr. Bob Khanna in his state of the art training centre in Reading, UK to provide anti-wrinkle treatments.

David is an exercise fanatic. On giving up club rugby he decided it would be wise to take up triathlon training. He is an 8-year veteran now and is preparing for his first ironman event this year. 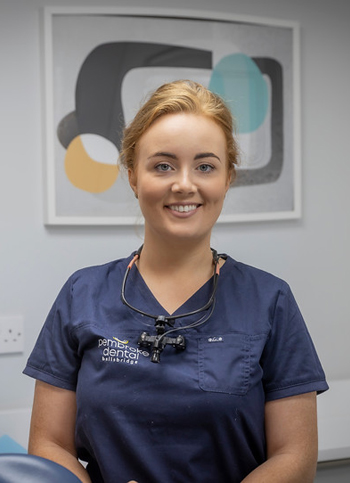 Chloé graduated with an honours degree in dentistry from Trinity College, Dublin. During her studies she was awarded the Entrance Exhibition Award and Dean of Students Roll of Honour Award for her contribution to extra curricular activities.

After graduating Chloé worked in private practice for two years before moving to Sydney, Australia.

Chloé has trained with the Visage Academy in London and is qualified in the administration of Botox and Facial Fillers.

In 2016 Chloé completed a Diploma in Primary Care Dentistry and was awarded membership with the Royal College of Surgeons in Ireland.

Outside of work Chloé enjoys music, pilates and spending time with friends and family. 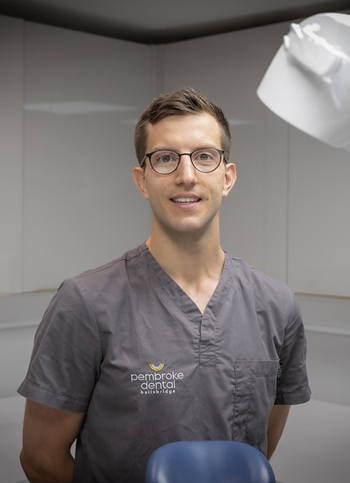 Dr. Patrick Steed qualified from the University of Dundee. After graduating, Paddy completed training in Edinburgh over two years. This course gave him the opportunity to experience a wide variety of dentistry, with posts in community and hospital sectors, whilst also having a general practice role.

He followed this with a year of exposure to oral and maxillofacial surgery in Southampton, England, a major trauma centre.

Paddy has been working in private dental practices in Dublin for over two years and his interests lie in occlusion and restorative dentistry. 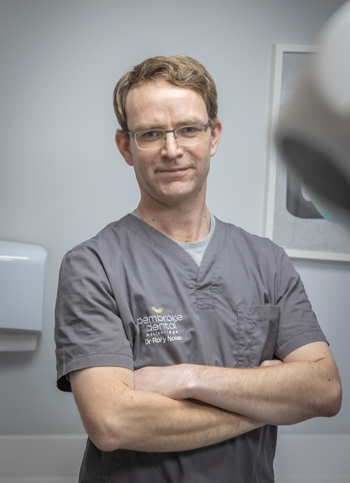 Dr. Nolan graduated from Trinity College Dublin in 2001. He spent the next 5 years in general dental practice and hospital specialist practice in the UK, Ireland and Australia, during which he became a Member of both Royal Colleges of Surgeons in Ireland and England.

In 2006 he began specialist training in Periodontology in the Dublin Dental School and Hospital with a three year full time Doctorate program.

He spent three years as Senior Specialist Periodontist in Melbourne and Australia’s largest private dental practice. He was an honorary fellow of Melbourne University where he was involved in teaching the undergraduate periodontology program. 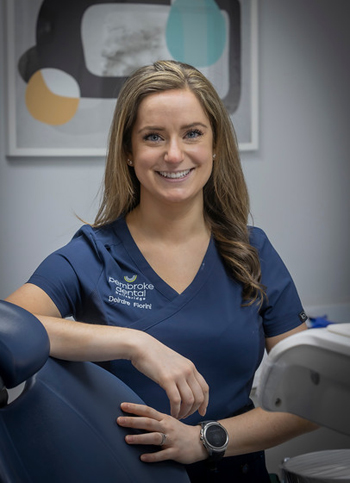 Deirdre Fiorini is originally from Connecticut, USA where she completed her education in Dental Hygiene and began practicing as a Registered Dental Hygienist. Deirdre recently moved to Ireland and brings her 10 years of experience to Pembroke Dental Ballsbridge. Deirdre specialises in individualised preventative, patient care, applies a gentle hygiene style to all her patients and has a personal goal to bring her American touch to as many Irish smiles as possible!

Deirdre served as past President of the Connecticut Dental Hygiene Association and still serves as chair on their social media committee.

In addition to her passion of dental hygiene, Deirdre loves spending time with friends and family. She also enjoys travelling, exercising, and always trying new activities or projects. You can guarantee she’ll be listening to country music! 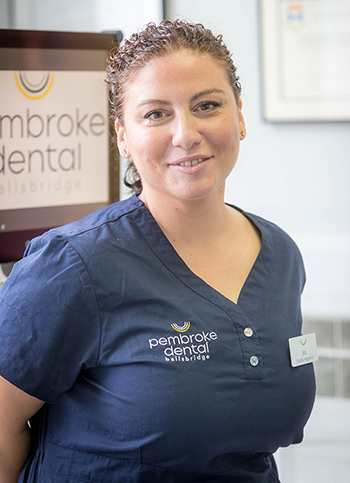 Edi moved to Dublin from Rome in 2016. In Italy, after attending a technical high school, she continued on to study Dental Hygiene, eventually completing a Masters degree. She has been working as a Dental Hygienist for 15 years.

Her interests include music and travelling. 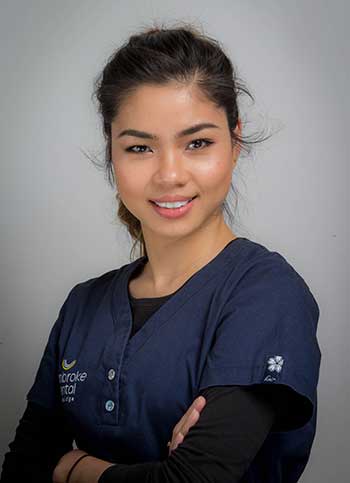 Maricel is a dynamic and highly-trained nurse. She received her Diploma in Dental Nursing in 2010 from Marino College of Further Education. She furthered her studies completing a course in Oral Health Promotion in 2011.

Maricel and Dr. Keenan have a long established working relationship having worked together in various practices in Dublin since 2008.

Maricel is a keen hockey player! 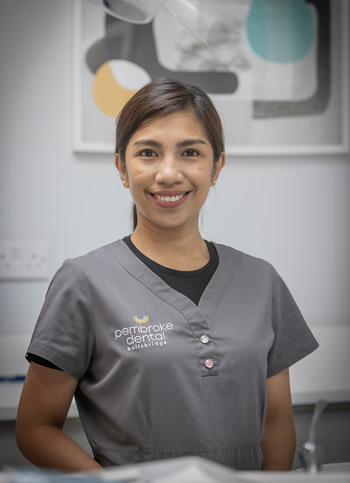 Roxy moved to Dublin in 2018 and joined Pembroke Dental Ballsbridge as a Dental Nurse. To enhance her career, she is currently studying for a Diploma in Dental Nursing at Trinity College Dublin. 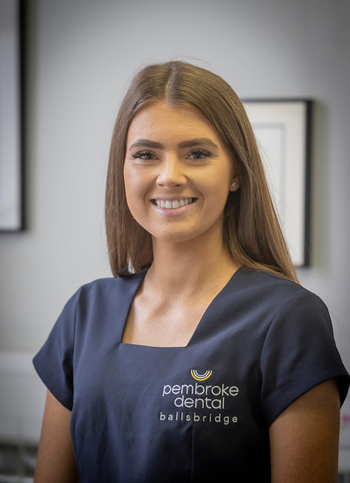 The team at Pembroke Dental Ballsbridge, Dublin, are happy to answer any questions you may have about your treatment. 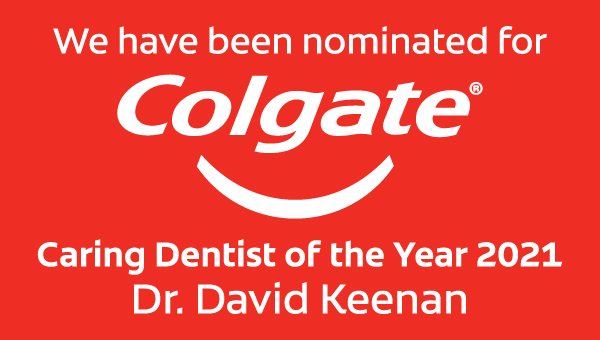